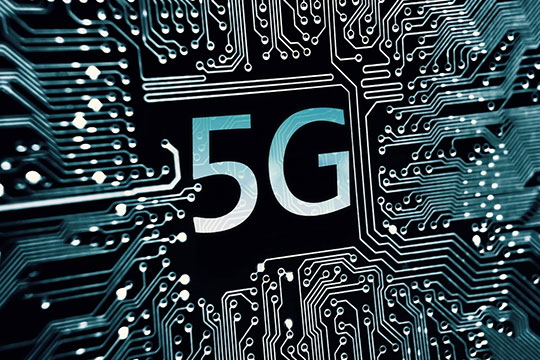 Softerization and Network Function Virtualization introduced by 5G technology has enabled unprecedented opportunities for introducing new dynamic networking paradigms that will enable further increase in network capacity, improved network latency, significant network densification with improved energy efficiency.
Participants with background in either Networks Design or Networks/Internet Economics should benefit from participation.
The course discusses these new incoming technologies with emphasis for the need of joint optimization of technology and business models, including new monetary systems, with significant involvement of Artificial Intelligence. 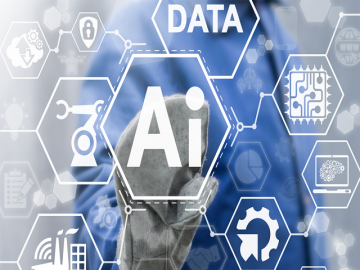 By increasing the density and number of different functionalities in wireless networks there is more and more need for the use of artificial intelligence for planning the network deployment, running their optimization and dynamically controlling their operation.

Machine learning algorithms are used for the prediction of traffic and network state in order to timely reserve resources for smooth communication with high reliability and low latency. Big data mining is used to predict customer behavior and timely pre-distribute (cashing) the information content across the network so that it can be efficiently delivered as soon as requested.

The course covers a review of AI based learning algorithms with a number of case studies supported by Python and R programs.

It provides a discussion of the learning algorithms used in decision making based on game theory and a number of specific applications in wireless networks such as channel, network state and traffic prediction When moving from 5G to 6G/7G communication networks there will be need for more sophisticated network optimization tools with respect to both, computational speed and efficiency of optimization algorithms.

It looks like that Quantum Computing (QC) technology offers significant improvements in both of these aspects. Due to inherent parallelism in the processing of quantum information, unpresented increases in computation speed are anticipated.  Similarly a number of algorithms developed within the umbrella of quantum technology, like quantum search algorithms (QSA) developed for big data analysis, could be used to help us  with more efficient optimization of communication networks. In the past, most of the time we would end up with a formulation of the optimization problem that would need exhaustive search through all combination of the system parameters. This would be unacceptable solution when it comes to complexity and as a consequence we would be looking for simplifications that would on the other hand reduce the performance. By combining the advantageousness of both, unprecedented increase of computational speed and efficiency of QSA we will be able to significantly improve the optimization algorithms for network, deployment and optimization.

For these reasons, the focus of the course will be on discussing the principles of QC and detailed presentations of possibilities of using QSA in communication networks. Mission of the Institute

The Institute is non profit organization  engaged in the research and education that will set up foundation to the modelling of complex systems sometimes referred to as system of systems or what we like to call InSyNETs (Inter System Networking). In our community and in Europe in general there is a support for such approach and the calls for project applications become more and more multidisciplinary. Calls like Smart Cities, Low Carbon Environment, Energy Efficiency… require coordinated integration of the methodologies from communications/networking, computer sciences, control theory, artificial intelligence, energy sector, economics, industrial process engineering, transportations….. This mission is reflected in the organizational structure of the Institute and in our research programs. Consequently, we also provide educational programs to support our research, which are not available on conventional universities. The advanced Large Area Industrial Processes nowadays include a number of different components (systems) that jointly optimize the production process. Examples are: Energy production where the energy sources are incorporated into a system that uses different supporting systems for its optimization, such as communications (IoT), artificial intelligence for different learning mechanisms to predict weather and energy consumption, big data etc.  Another example is a distributed collision avoidance algorithm for multiple dynamic vehicles moving in arbitrary dimensions. INS is doing research in the field of distributed intelligence and joint optimization of system of systems Nowadays more than 50% of manufacturing companies worldwide are outsourcing activities that are not considered their core competencies. The motivation for outsourcing is to reduce production costs, intensify the focus on customer relations, making company reconfiguration more nimble and accessing management expertise that is not available internally. The aim of manufacturing network is to form the best collaborative networked organization of small manufacturers to optimize a production plan. The research methodology employed involves techniques such as interaction protocol development, ontology engineering, and principles from concepts such as the contract net protocol, the product-resource-order-staff-architecture, the auctioning process, agent-based modeling, and rule-based programming. INS is actively involved in the research in this field. Big Data is data sets that are so voluminous and complex that traditional data processing application software are inadequate to deal with them. Big data challenges include capturing data, data storage, data analysis, search, sharing, transfer, visualization, querying, updating and information privacy. There are three dimensions to big data known as Volume, Variety and Velocity. Lately, the term “big data” tends to refer to the use of predictive analytics, user behavior analytics, or certain other advanced data analytics methods that extract value from data, and seldom to a particular size of data set. “There is little doubt that the quantities of data now available are indeed large, but that’s not the most relevant characteristic of this new data ecosystem.” Analysis of data sets can find new correlations to “spot business trends, prevent diseases, combat crime and so on.” Scientists, business executives, practitioners of medicine, advertising and governments alike regularly meet difficulties with large data-sets in areas including Internet search, urban informatics, and business informatics. Scientists encounter limitations in e-Science work, including meteorology, genomics, connectomics, complex physics simulations, biology and environmental research. Data sets grow rapidly – in part because they are increasingly gathered by cheap and numerous information-sensing Internet of things devices such as mobile devices, aerial (remote sensing), software logs, cameras, microphones, radio-frequency identification (RFID) readers and wireless sensor networks. The world’s technological per-capita capacity to store information has roughly doubled every 40 months since the 1980s; as of 2012], every day 2.5 exabytes (2.5×1018) of data are generated. By 2025, IDC predicts there will be 163 zettabytes of data. One question for large enterprises is determining who should own big-data initiatives that affect the entire organization.

Relational database management systems and desktop statistics- and visualization-packages often have difficulty handling big data. The work may require “massively parallel software running on tens, hundreds, or even thousands of servers”. What counts as “big data” varies depending on the capabilities of the users and their tools, and expanding capabilities make big data a moving target. “For some organizations, facing hundreds of gigabytes of data for the first time may trigger a need to reconsider data management options. For others, it may take tens or hundreds of terabytes before data size becomes a significant consideration.”